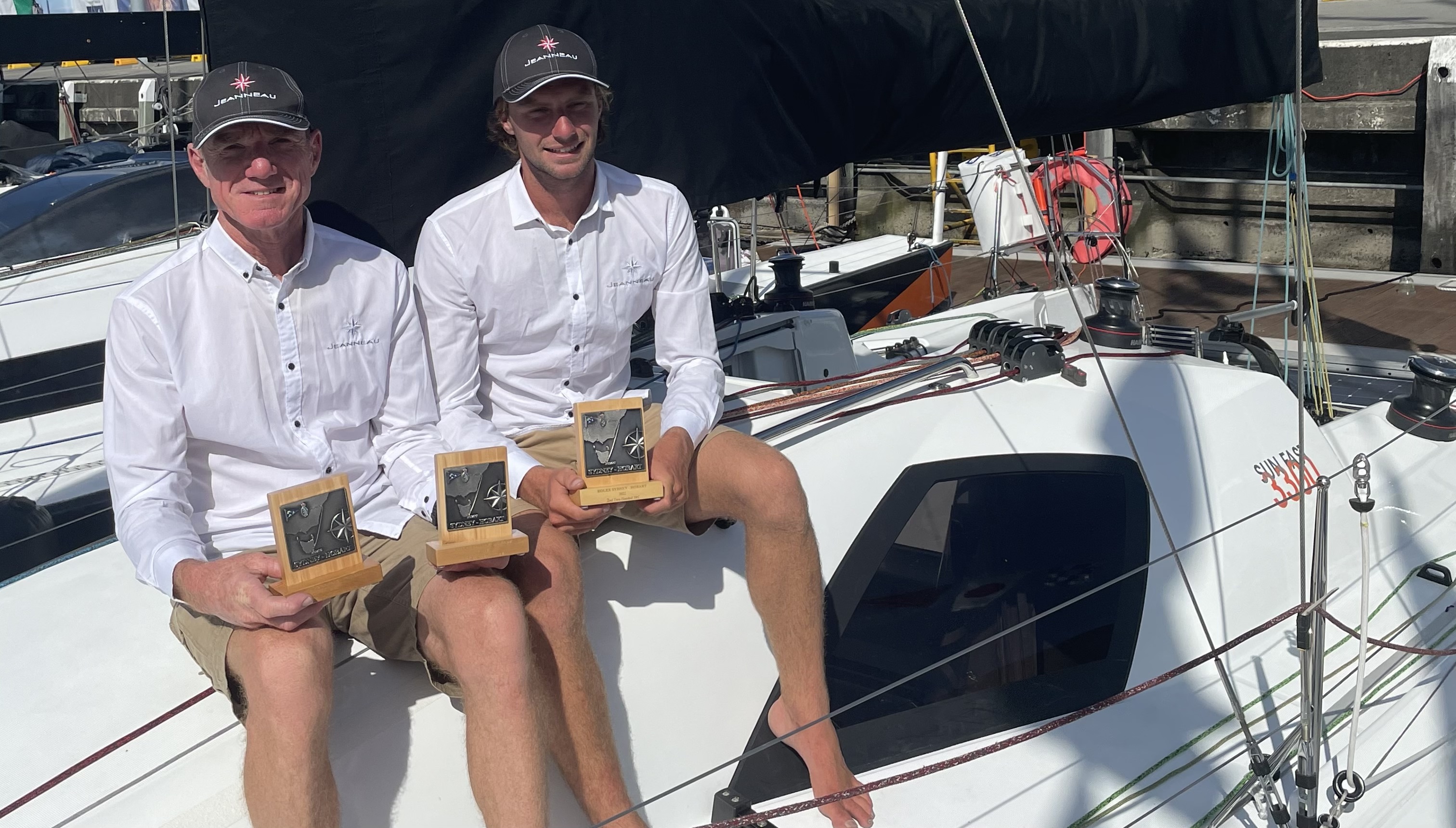 It is not hard to see that the biggest growth in keel boat sailing around the world at the moment is short-handed racing, especially offshore race yachts around 30-36’, and the Sun Fast 3300 produced by the largest yacht manufacturer in the world – Jeanneau, hits that sweet spot in terms of price, size and performance.

Both races started in a very pleasant northerly breeze, but by the time the double handed fleets got into Bass Strait, they experienced winds up to 35 knots and waves several meters high. All Sun Fast 3300’s performed without any major issues whatsoever and were able to record top speeds around 22 knots, however one team recorded a staggering 27 knots!

‘Sun Fast Racing’ owned by Lee Condell from NSW and co-skippered by Lincoln Dews said that their boat performed above expectations in the Sydney to Hobart, as a lot of time went into optimising the IRC rating and the performance in light upwind sailing by fitting a mast-head J0 and VMG running by adding a S2 spinnaker. More information about this can be found in the video below…

‘Unprecedented’ owned by Andrew McGrath from Victoria and co-skippered by Ben Thompson said that they were surprised about their result after Ben had knee surgery earlier this year and this was their first double-handed offshore race together. Nevertheless they never gave up despite rolling the boat a few times and changing sails multiple times, found themselves ahead of much bigger boats halfway through the race thanks to some amazing reaching speeds that they could achieved.

Condell’s ‘Sun Fast Racing’ was sold on arrival in Hobart, and will be relocated to its new home at Sandringham Yacht Club in Melbourne early January by the new owner Aidan Geysen.

With 12 Sun Fast 3300’s racing in Australia now, we are sure that there will be many more podium results to come, especially in races like 2023 Melbourne to Geelong Passage Race in January, 2023 Brisbane to Gladstone in April and the 2023 Brisbane to Hamilton Island Race in August.